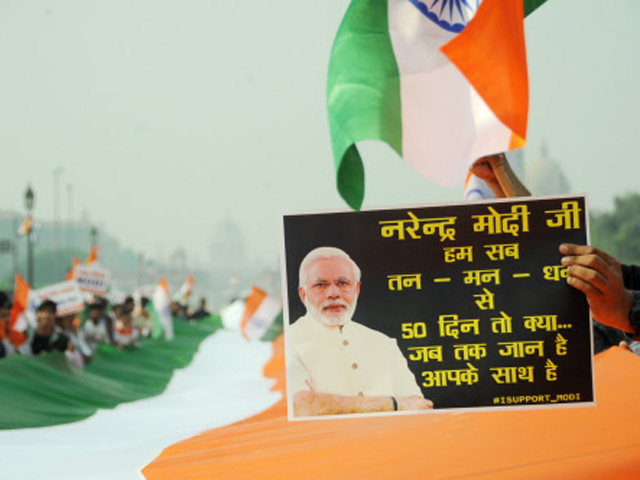 Very systematically fight against black money is being pursued both inside and outside India. This is possibly the first time in Independent India that vigorous fight is being done in a much-planned manner. Just look at the steps taken for tracking undisclosed assets, black money and closing the routes of tax-free movement of money with conduit states:

India started renegotiation of Tax Treaties with Mauritius, Singapore and other tax conduit countries which facilitate the tax-free movement of money in/from India and successfully closed few and is currently pursuing others.

The Undisclosed Foreign Income and Assets and Imposition of Tax Act were declared in 2015 to get black money from outside India.

By early 2017 and September 2018, respectively, information collected under FATCA and CRS (Common Reporting Standards), respectively, will be available to be shared between those countries which have signed tax information-sharing agreements and India is a signatory.

* The Special Investigation Team (SIT) on black money was formed in 2014.

* In June 2016, a new provision for Tax Collection at Source on Cash Sales of products/services exceeding Rs 2,00,000 was introduced.

* Income Tax Declaration Scheme 2016 was launched to give immunity from Domestic Black Money by paying 45% of Taxes on declared Income.

* Finally, Demonetization of high-value currency notes of Rs 500 and Rs 1000.

Under the Benami Transactions (Prohibition) Act, those found cosseting in Benami transactions will find very difficult to escape once identified, as not the only property will be confiscated but they will be subject to penalties and imprisonment.

This Act deals with properties purchased by one person in the name of another. Mostly real owner keeps ‘Power of Attorney’ to transact in a property bought on conduit’s name. Law has defined Benami Property as assets of any kind, whether movable or immovable, tangible or intangible, corporeal or incorporeal and includes any right or interest or legal documents or instruments evidencing title to or interest in the property and where the property is capable of conversion into some other form, then the property in the converted form and also includes the proceeds from the property which are the subject matter of a Benami transaction or arrangement;

No conduit/benamidar shall re-transfer the Benami property to the beneficial owner or any other person. The transfer of such property shall be deemed to be null and void.

Whoever is found guilty of the offence of Benami transaction shall be punishable with rigorous imprisonment for a term which shall not be less than one year, but which may extend to seven years and shall also be liable to fine which may extend to twenty-five per cent of the fair market value of the property.

Any person who is required to furnish information under this Act knowingly gives false information or furnishes any false document in any proceeding shall be punishable with rigorous imprisonment for a term which shall not be less than six months but which may extend to five years and shall also be liable to fine which may extend to ten per cent of the fair market value of the property.